History of the Park

Napsbury Park lies on the southern edge of St Albans. The Park is listed as an English Heritage site due to its wealth of history, which ranges from findings of prehistoric existence through to a large hospital, which played a key role in World War I. This page gives you a brief outline of that history.

The Park has evidence of habitation dating back to prehistoric and Roman times and is also mentioned in the Domesday Book. During the 14th century there was a house on the site called Tylehouse where clay was dug for making tiles and bricks. Later this house was owned by Nicholas Bacon, father of Francis Bacon, 1st Viscount of St Albans.

In 1898, The Middlesex County Asylum was founded. It was designed in a country estate style by architect Rowland Plumbe in 1900. The same architect also re-designed and re-built the Royal London Hospital, Whitechapel in 1897.

The hospital was designed for 1,205 residents and the grounds were designed by William Goldring. Following the construction of the numerous buildings and extensive grounds, Napsbury opened on 3 June 1905. In 1908 Plumbe designed an extension to accommodate a further 600 patients. 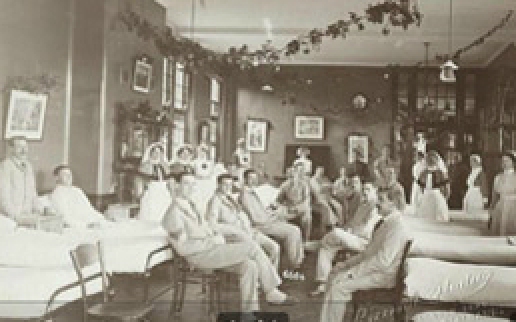 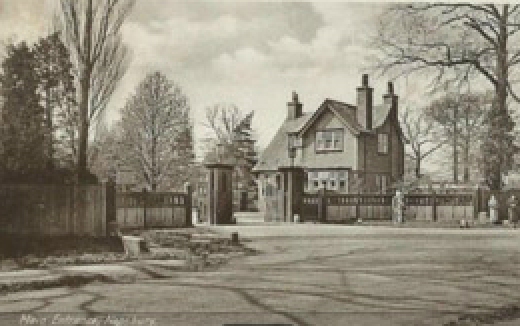 During the First World War, Napsbury was known as the County of Middlesex War Hospital, and tended for soldiers wounded at the Front. Following the war, the hospital was returned to its original purpose and in the late 1920s a nurses home was also added to the site, further adding to the variety of different buildings and facilities at the site. Some trees were moved from Kew Gardens, London to Napsbury Park during the Second World War to preserve the species. Although Napsbury suffered some bomb damage in the Blitz, it was in continuous use as a hospital until its official closure in 1998. However, until at least 2002 one building was still in use for psychiatric patients. Due to its largely untouched parkland, Napsbury was listed by English Heritage as a Grade II Historic Park and Garden in 2001.

Following the closure of the hospital, Crest Nicholson took the opportunity to acquire the site and to create a unique community, centred on the preservation and conservation of both the architectural and botanical heritage of the site. Napsbury Park now constitutes over 500 dwellings made up of a mix of Freehold and Leaseholders. Development is still being carried out. To find out more information about Napsbury please see the ‘About Napsbury’ page.